U.S. Muslim leaders hope to register a million voters from within their community to help combat what they say is the anti-Muslim stance of Republican presidential nominee Donald Trump.

The United States has only about 3.3 million Muslims, but campaign organizers say Muslim voters could have an outsize impact in swing states that are key to the November general election, such as Virginia and Florida.

“We want the Muslim community to understand that if you give up your rights voluntarily, no one will come and give it back to you,” said Osama Abu Irshaid, a member of the board of the U.S. Council of Muslim Organizations, which is spearheading the drive.

Imams have been asked to encourage their congregations to register to vote. Organizers have sent canvassers to college campuses, bus stations and gas stations in Muslim neighborhoods.

The campaign began in December and is part of an effort among U.S. Muslims to combat an “unprecedented rise in Islamophobia,” said Nihad Awad, executive director of the Council on American-Islamic Relations (CAIR).

CAIR’s database showed that 300,000 Muslims had registered since November, he said. 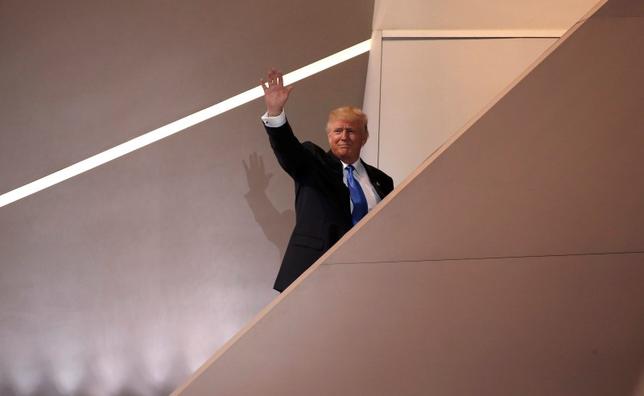 Awad said anti-Muslim sentiment had grown since the mass shooting in San Bernardino, California, last year that authorities have said was inspired by Islamist militants, and due to comments by Trump. He has called for a ban on Muslim immigrants.

Campaign volunteers were outside the Dar al-Hijrah mosque in suburban Washington this month to get worshippers to register.

“I was thinking quite a long time to register but this time especially … I really believed that I have to,” said Sadat Najmi as he filled out a registration form.

Najmi, a U.S. citizen since 1988, said Trump had motivated him to sign up for the first time.

U.S. Muslim backers of Trump said they were trying to build their own coalitions in swing states.

“ISIS (an acronym for the Islamic State), al Qaeda, Taliban, they have killed more Muslims than anything else, and that’s a message Muslims need to hear and understand,” he said, referring to various militant groups.

Michael Cohen, co-chair of the National Diversity Coalition for Trump, which aims to mobilize minority support, said Muslim Americans were equally worried about violence at home and abroad.

Trump is “the only candidate who will enhance our national security, bring jobs back to America and fix our ailing economy,” he said in an email.